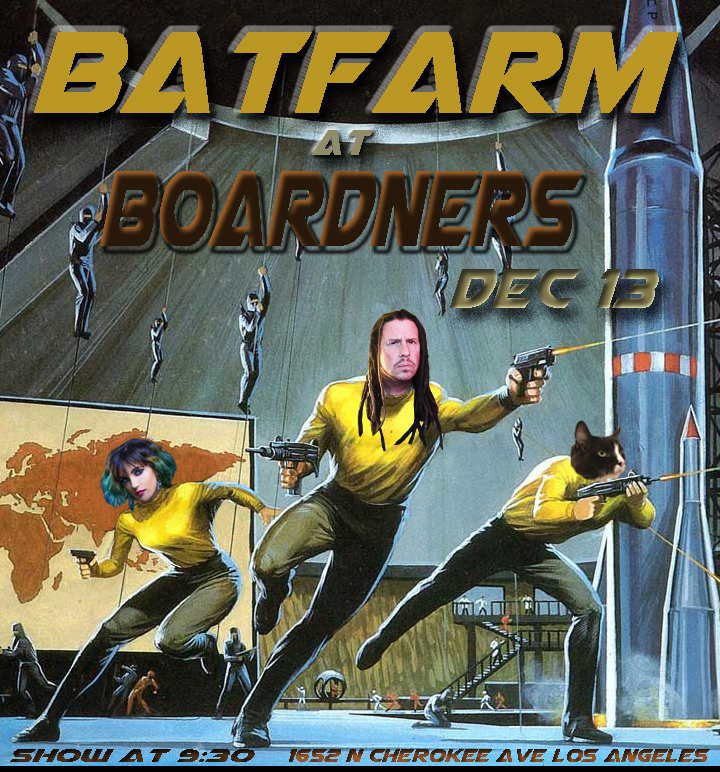 Batfarm will be performing at Boarders in Hollywood CA on Dec 13 openning for our good friend Dahniel Knight. This is going to be a great night of music and one you don't want to miss. 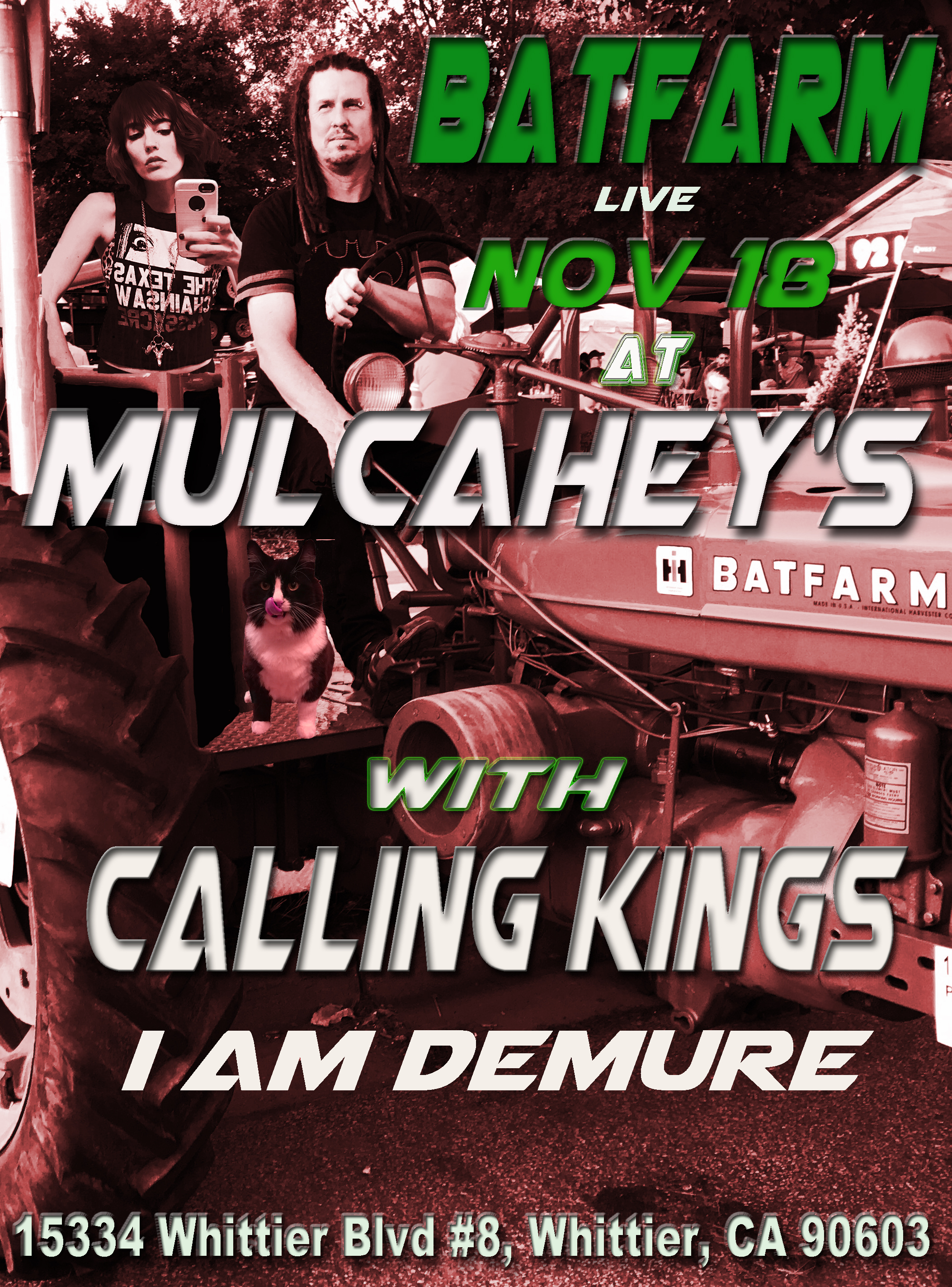 Batfarm has been invited to join Calling Kings for their CD release party. We look forward to a great night of music with some great friends.

Dennis's band with Alexx Calise Batfarm has started pre-production on their new record. We are looking forward to share with you are new songs. Look for updates here or at batfarmband.com

Dennis tracked drums for the upcoming Nyceria album. It was an amazing experience and it is definitely a side of Dennis's drumming that not many have heard. .   Look for it early next year. 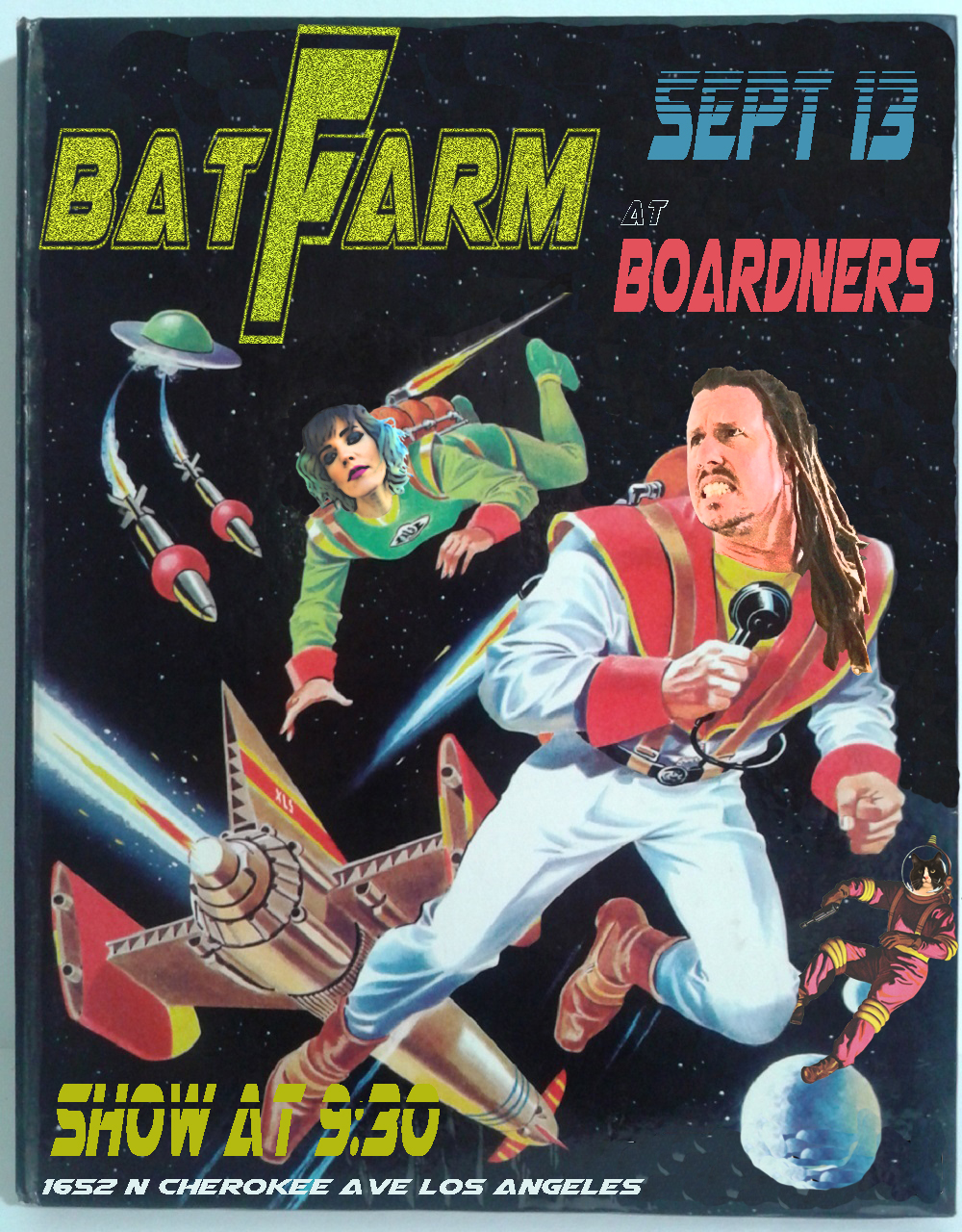 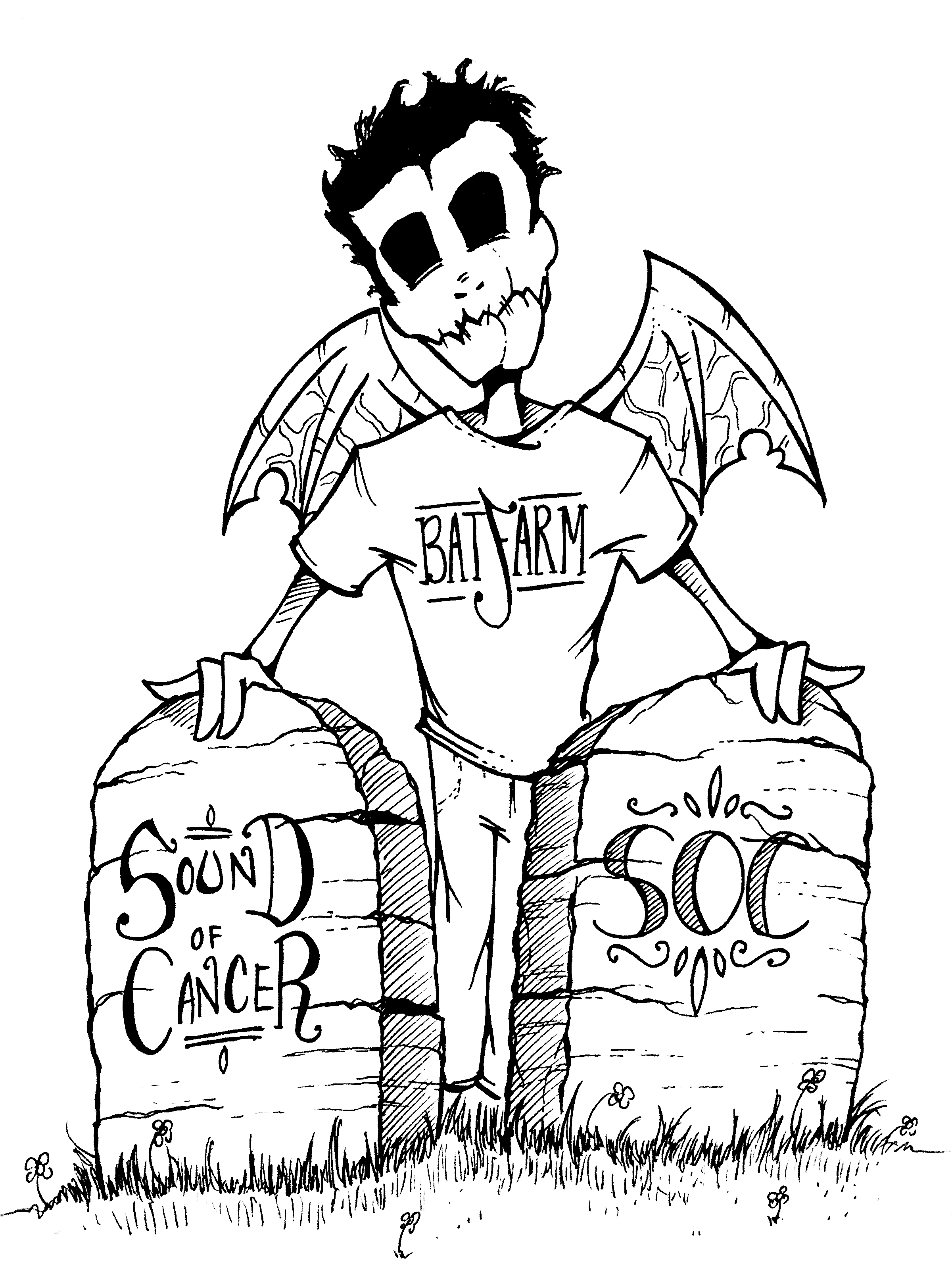 Dennis's band with Alexx Calise has officially changed it's name to Batfarm. We tried to keep the name Sound of Cancer ( our astrological signs ) or some version of the name (SOC) for as long as we could. We found  it was to hard to explain that we were not a death metal band or advocating for cancer. For those and countless other reasons we thought the change was needed.  I hope you all enjoy the new name. I know that we do. Thanks again for all of your support.

On August 27th Batfarm preformed live for Music Chamber Live Sessions at Ultimate Studios. Our official first show with the new name. It was a great experience with an amazing group of guys that put this show together. You can check out a couple of the songs from that night here.  Also take a look at the interview after the performance with two of Batfarm's favorite people Dan Hegarty and Charlie Waymire. 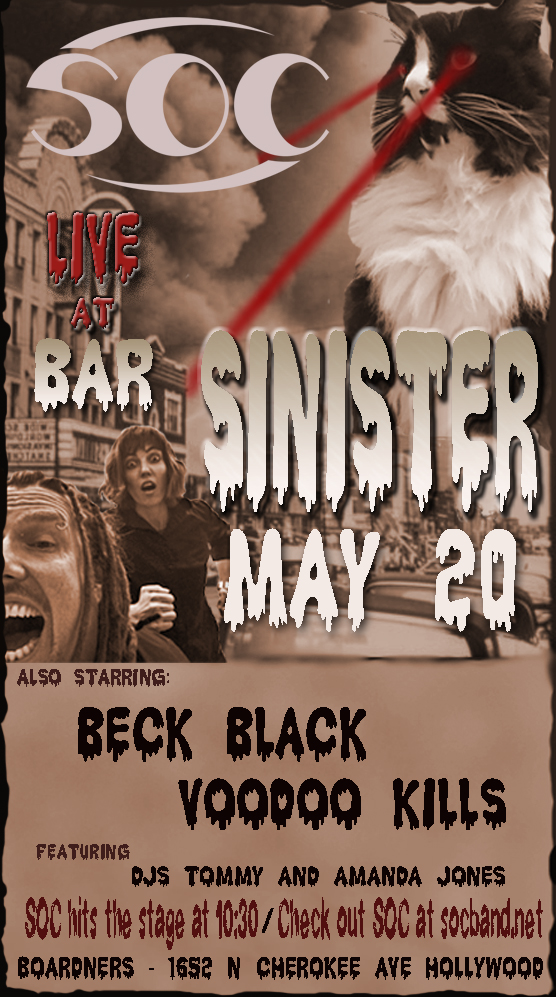 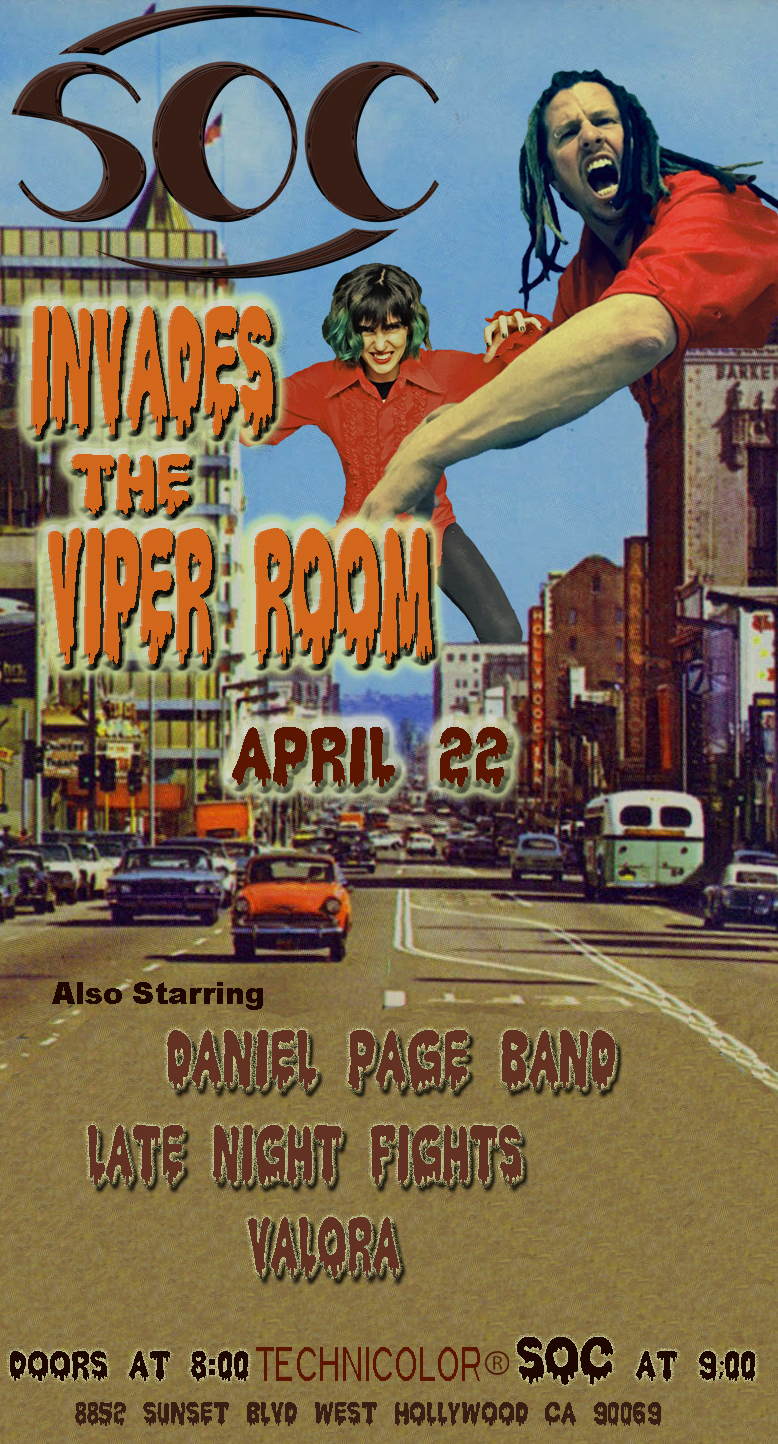 Come on Down and Enjoy the Sweet Darkedelic Sounds of SOC 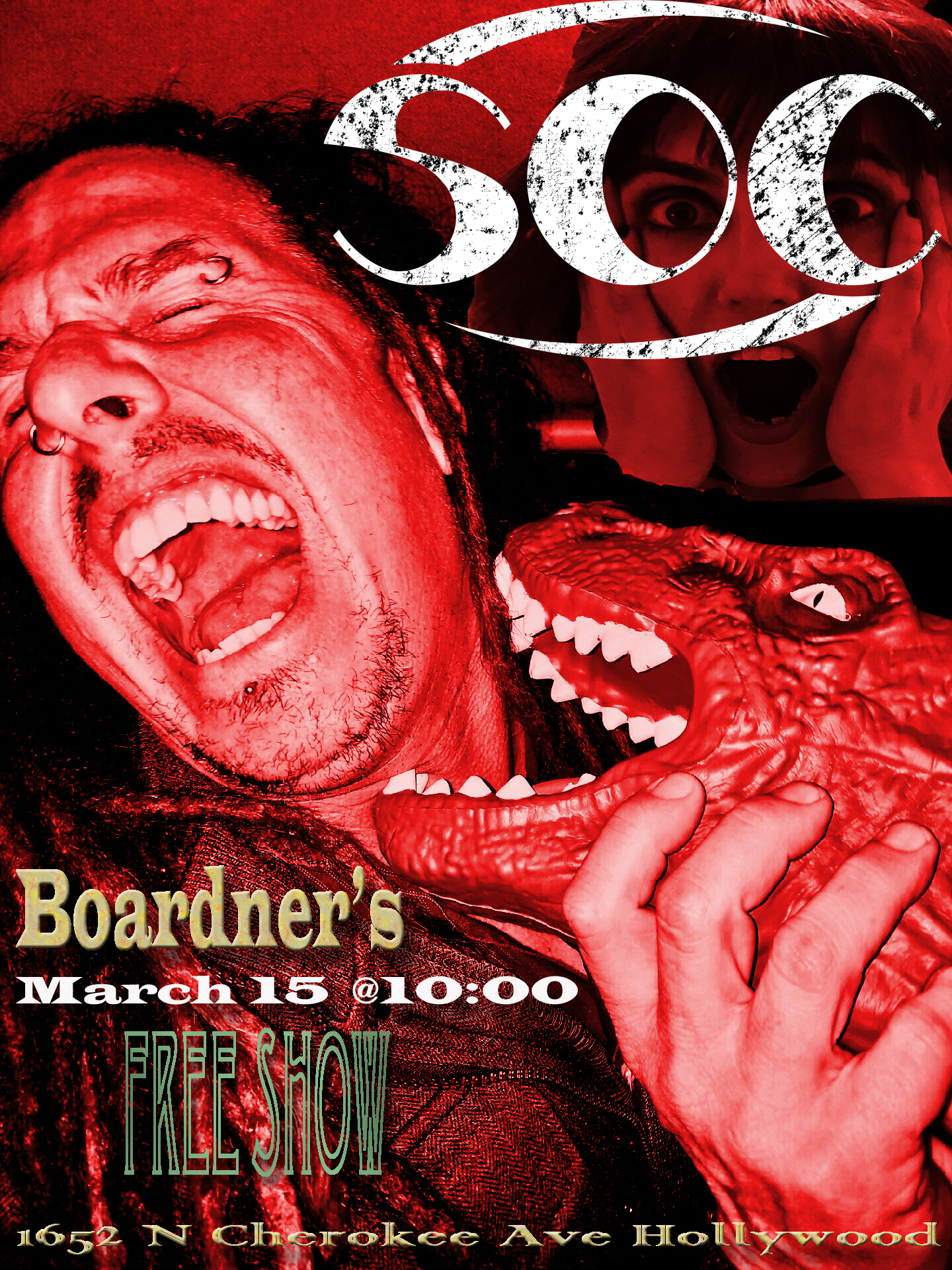 Dennis will once again be playing drums for The Shocker ( Featuring Jennifer Finch of L7) in San Francisco CA at  Bottom Of The Hill Feb.17th 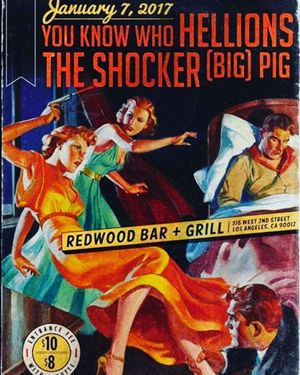 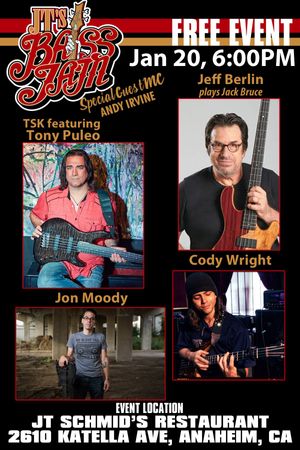 Dennis will be playing drums for Minneapolis's own B! At O'Gara's Bar and Grill in Saint Paul MN Jan 27th 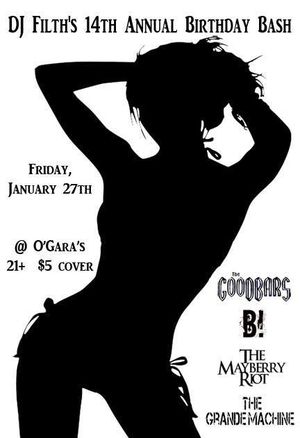 SOC is back in action again and setting their sites on playing live.

After finishing their new single 6 Underground ( a Sneaker Pimps Cover  which is scheduled for release in March of 2017 along with the video) Dennis and Alexx Calise set their sites on taking their music directly to the people. SOC’s first live show is Dec 2nd at the world famous Viper Room in West Hollywood. We hope to see you all there!

Dennis had an appearance on the Own network this month. He appears with his friend Dennis Haskins ( Mr Belding from Saved By the Bell) during his filming of Oprah's "Where Are They Now". He is a great man and I'm proud to call him a friend. 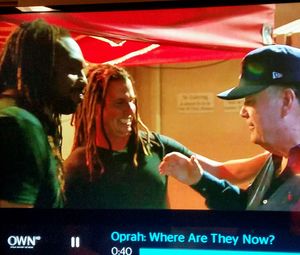 On November 15th Dennis will be playing drums along with Dahniel Knight on bass on the Lifetime network's hit show Dance Moms for Alexx Calise. . After all the success with Alexx's song "Cry" which Maddie Ziegler danced to on the show and also in Alexx's video they thought it would be great to have her on the show. It was a lot of fun. Check it out!!!

Dennis collaborated with Alexx Calise on her new single "Breathe". After the filming of the Dance Moms episode we thought it would be fun to have Nia Sioux join Alexx on the track. I think you'll be able to figure out where she is singing on the song after you see the video. Alexx's new single is scheduled for release on Nov. 15th on the day the Dance Moms episode airs. You can pick up your copy here

Dennis will be playing drums for CIG: 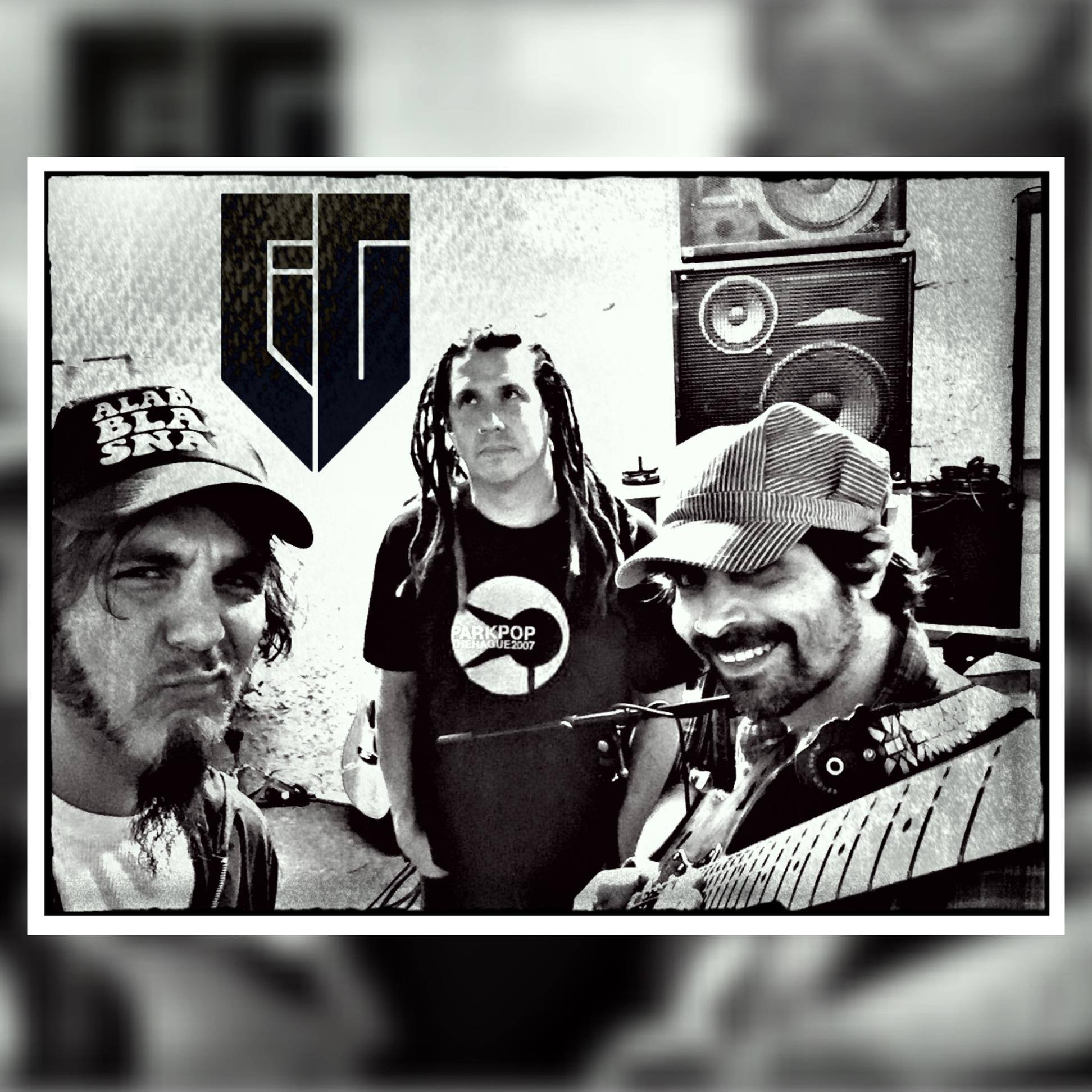 CiG is getting ready to hit the road for some warm-up gigs in the Northwest US in support of 'Rock N Roll Alibis'! This will be the first of many CiG tours, and will preface the upcoming US and Euro tours (being booked now). CiG is itching to get out of the rehearsal space and onto the road to hang with fellow rock survivors. Dates will be posted imminently.

In the meantime, we'd like to introduce the live CiG lineup: Chad I Ginsburg (vocals, guitar), Ronnie Elvis James (bass), and Dennis Morehouse (drums). Be sure to arrive early and hang late; Chad is excited to hang and catch up with the extended Alliance family.
STAY TUNED FOR TOUR DATES!

Last month I was asked to participate in Charlie Greene’s “ Dead Man Cattle Call”. It is an amazing experience to have been a part of. Some of LA’s top players are invited over for a BBQ and a live recording of a song chosen by Charlie. Everyone learns the song before that day. Then after a few beers and some amazing food we go for it. The performance is all captured on video and here is the video from that day.

Dennis will be playing drums for Daniel Knight: 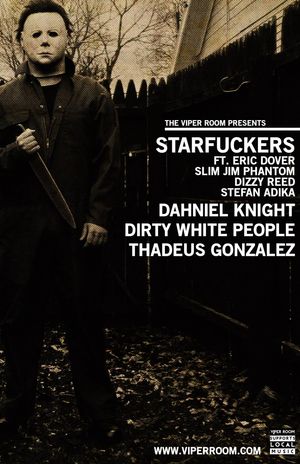 Dennis Will be playing drums for the Legendary band "Trulio Disgracias":

:Race Against the Sky" Tour:

:Race Against the Sky" Tour:

Dennis will be playing drums for Braw: 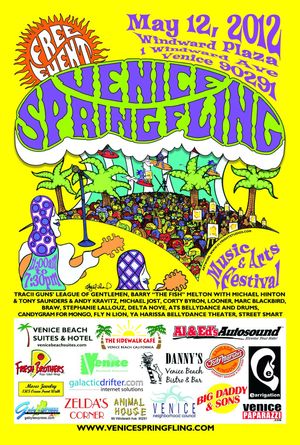 Check out Dennis's band Sound of Cancer's song, "Need Someone" on episode 3 of "Dance Moms: Miami"! This is the 2nd placement for SOC on Dance Moms! Check out the episode here, and don't forget to purchase your copy of SOC's debut record, "No Vampires in Gilroy" here and on iTunes!

Dennis will be playing drums for Brew:

Dennis just signed an artist license agreement with Jungle Punks today. Jungle Punks is a company that works closely with music directors for TV and Film to help place your music into there shows and movies. They will now be handling Dennis library of original music, so keep your ears open for some of Dennis's personal work on your favorite TV shows and movies.

Check out Scott Deitche's review of NVIG on Blog Critics! Seems we have a winner :)

Check out another glowing review of SOC's debut album, No Vampires in Gilroy by LS Media's Ian D. Hall! Read it here!

Dennis's band Sound of Cancer has just signed 3 music licensing deals with Rumblefish, Jingle Punks and Triple Scoop Music. Keep your ears open while you're watching TV over the next few months--you may just hear some familiar tunes!

NO VAMPIRES IN GILROY OFFICIALLY ON iTUNES, AMAZON MP3, MORE! 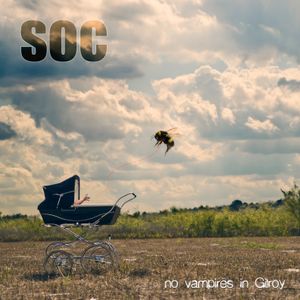